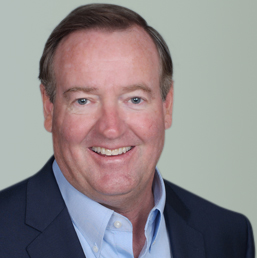 Dr. Roesser holds a Bachelor of Science in Chemistry from the College of William and Mary and a Ph.D. in Polymer Science and Plastics Engineering from the University of Massachusetts, Lowell. 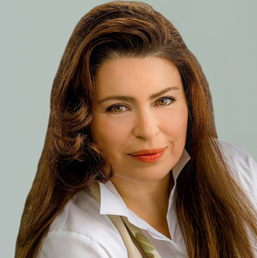 Ms. Sahandy has over 25 years of cross-sectional experience spanning business, government, science, and law. After graduating from Columbia Law School, she practiced corporate and securities law, focusing on access to capital markets and M&A transactions. She then earned a Master of Public Administration from Harvard’s Kennedy School of Government with a focus on environmental science and policy. She has experience in regulatory, legislative, and governance systems at the federal, state, and local levels with deep experience in the creation of public/private partnerships to advance environmental and social goals. Most recently, she served as a member of the executive cabinet for Washington State Governor Jay Inslee, where she led the turnaround of the state agency responsible for the recovery of the nation’s largest estuary. 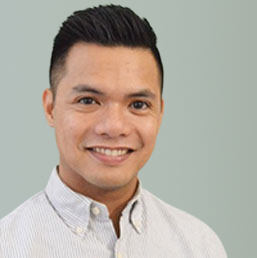 He holds B.S. degrees in both Mechanical and Chemical Engineering as well as an M.S. degree in Chemical Engineering from the New Jersey Institute of Technology. Mr. Badiola has also completed extensive prior research in the areas of high temperature combustion/metallurgy and material characterization. He has authored several publications related to combustion science and material synthesis. 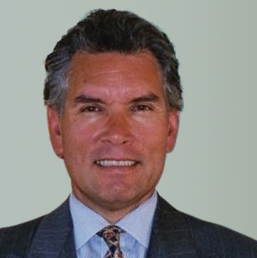 Mr. Casillas has more than 35 years of experience in corporate law. Prior to founding his own law firm Mr. Casillas practiced law at Wilson Sonsini Goodrich & Rosati in Silicon Valley, where he helped run one of the largest corporate practices in Silicon Valley, and at LeBoeuf Lamb Greene & MacRae in San Francisco, where he led transactions throughout the United States as well as China, Southeast Asia, Europe, Latin America, and Russia. Mr. Casillas graduated from Harvard Law School, where he was Managing Editor of the nation’s leading public interest law review. He then clerked for the Chief Judge of the United States Court of Appeals, Tenth Circuit, and began his career in New York at Breed Abbott & Morgan before moving to San Francisco. Mark is a member of the Bar in New York and California. 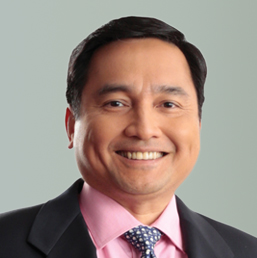 Mr. Aaron Domingo has more than a quarter century career within the project finance and project development sectors on a global basis. He began his career at Nippon Credit Bank, and later moved to GE Capital Corporation, where he was appointed as the Director, Energy Projects International with a focus on projects throughout Asia. Mr. Domingo become a Principal, and executive officer in enterprises which financed cogen facilities in Thailand, and transitioned 2 X 122 MW cogen operations to Ogden Energy (now Covanta Energy NYSE:CVA), sourced development rights and completed construction of 250MW of Nat-Gas power facilities in the US, and 135MW cogen in Beijing for United Technologies, as well as developed JV rights to develop 738km gas pipeline system in China. Mr. Domingo developed projects in both wind and solar, and managed global finance and development teams in Asia, Europe, and Latin America. He has managed large portfolio power and renewable projects worth more than $5 Billion over his career. Mr. Domingo received his Bachelor of Science in Business Administration from Syracuse University, and an MBA from University of Chicago Graduate School of Business 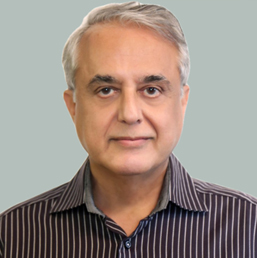 Mr. Mukharesh started his career at Bechtel, and then later as an engineer at Saudi Aramco. For the past 30+ years, Mr. Mukharesh has worked in major financial institutions including but not limited to Citicorp, SAMBA, Gulf Investment Corp Kuwait, State Street Global Advisors, and Deutsche Bank. He later was appointed Chairman & GM of Clariden Middle East (part of Credit Suisse Group).

Mr. Mukharesh received his BS in Engineering from MIT, and an MS in Construction Engineering & Management from Stanford University. 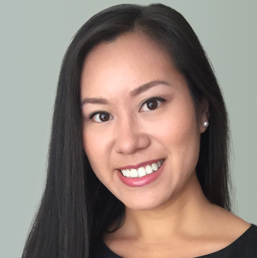 Shirley Hammond is the VP of Engineering for Encina Development Group. Previously with ExxonMobil, she served as a Project Development Manager along with other technical roles providing her with over eight years of manufacturing experience. She has led both in-house and EPC contractors to economically design and managed the start-up of facilities in the energy sector. Prior to her project management role, Shirley specialized in heavy revamp equipment design and field operations support for liquid/gas treating units. Shirley earned a B.S. degree in Chemical & Biomolecular Engineering from University of Illinois at Urbana-Champaign. During her undergraduate career, she was trained in the synthesis and characterization of hydrogen storage nanowires, surface chemistry analysis, protein replication, crystallization and cell culturing. 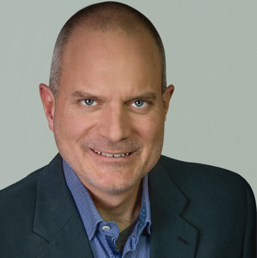 Dr. Blommel is the Chief Engineer of Technology for Encina Development Group.  He has extensive experience in production of BTX chemicals from conventional and alternative feedstocks.  Most recently at Virent, as Director of Technology Development, Dr. Blommel lead the development of multiple pathways to convert biomass derived feedstocks into commercial grade paraxylene and benzene as well as renewable gasoline, jet fuel, and diesel.  In cooperation with industry partners such as Coca Cola this effort culminated in the first demonstration scale production of fully renewable PET polyester for beverage bottles and clothing.  Prior to Virent, he served in several roles at UOP ranging from catalyst and process development to Chief Technical Advisor for commissioning, startup, and troubleshooting of commercial aromatic chemical production facilities.  As a technology innovator, he is an inventor on more than 30 US patents and an author of more than 10 peer reviewed publications.   He holds a B.S degree in Chemical Engineering and a PhD in Biophysics, both from the University of Wisconsin. 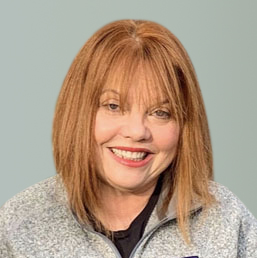 Mylinda Jacobsen is an international purchasing and business development expert, and relationship driver with thought leadership in the plastics recycling industry for more than 25 years. Previously with Envision Plastics, Mylinda led the global purchasing team in raw material sourcing efforts, where she grew the supplier base, built deep scrap plastic supplier relationships, cut waste, and improved logistics efficiency. Prior to Envision, she served as the solid waste programs coordinator for the Town of Kernersville Public Works, where she created a practical, widely adopted municipal recycling program, and led other environmentally friendly initiatives such as increasing recycling rates to growing revenue.

Mylinda earned a B.A. degree from the College of Charleston. She is certified as a Recycling Coordinator, Landfill Ops Manager, and Biosolids Composting Technician. She has been active in several industry associations, including the Olefins/Rigids Committee of the Association of Plastics Recyclers and has served on the board of the Carolinas Recycling Association. 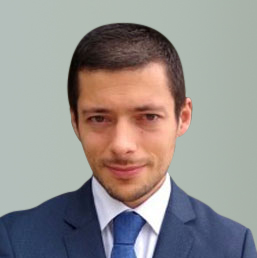 Florian is a professional in supply chain management with a passion for sustainability and the reduction of industrial carbon footprint. Previously with DSM, a science-based company, Florian served as the global category manager, responsible for supply chain management of polyesters, monomers, polymers, tolling, and other materials. He has led cross-functional and cross value chain sustainability projects to enable fully renewable and circular product lines, and GHG emissions reductions to reach the company targets. Florian has won three awards at DSM. Before DSM, Florian worked at Novares, a global company in its UK, China, and Monaco offices with progressive supply chain management roles. Florian has served as the Ambassador at One Young World since October 2018, a global forum for young leaders around the UN sustainable development goals. Florian holds a BA in Purchasing from Université d’Angers and an H.N.D. in Trade and Marketing. 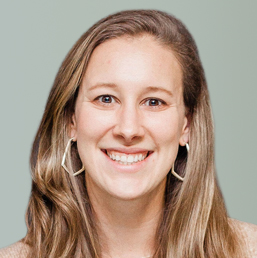 Samantha Albright is the Director of Sustainable Technology for the Encina Development Group. She previously served as a Process Engineer for synthetic biology start-up Cemvita Factory Inc, where she designed and modeled the back-end operations for various chemical products. Prior to her experience at Cemvita, she held similar positions at ExxonMobil – including first-time start-up support for their largest Ethylene train, as well as holding positions as the Improve Engineer and Energy and Sustainability Coordinator for that site. Through her experience at both companies, she has extensive knowledge of process design and operation, bringing 6 years of manufacturing experience to Encina. She earned a B.S. in Chemical Engineering from the Massachusetts Institute of Technology. 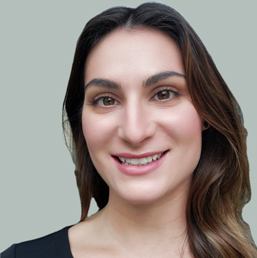 Caitlyn Labonte is the Engineering Project Manager for Encina Development Group, LLC. She previously served as the Senior Facilities Planner and Capital Budget Coordinator at ExxonMobil’s largest polyethylene plant, leading several of the site’s most essential projects while managing an investment portfolio of over 60 active projects. Also at this site, she held a process manufacturing engineer position where she maximized the performance of 3 extruder lines and implemented optimizations capturing significant opex and production-loss savings. Her expertise include project management, brownfield facilities design and revamp, business case development, detailed engineering support and contractor coordination. She has a passion and aptitude for building and leading teams and has been continually involved in mentorship throughout her career. Caitlyn holds a B.E. degree in Chemical Engineering from Stevens Institute of Technology. 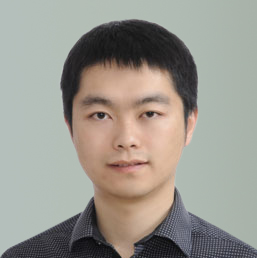 Song Wang holds a Ph.D degree in Chemical Engineering from New Jersey Institute of Technology. His experience includes development and characterization of multi-functional particles. Extensive research experience of powder particles in combustion dynamics and ignition kinetics. During his Ph.D career, he has built a 3D-CFD modeling of a complex flow system and develop a theoretical model to describe the performance of new reactive materials quantitatively. He has authored 12 publications related to biocidal, metal combustion and material synthesis. 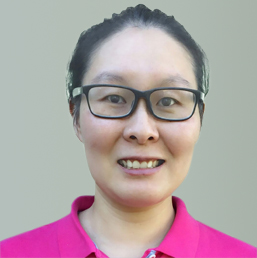 Meng Li holds a Ph.D degree in Chemical & Petroleum Engineering from University of Kansas. Her industry and research experience focuses on chemical reaction engineering spanning kinetics and catalysis, membrane separation, polymer synthesis and characterization. She has authored 8 publications related to aromatics process development, CO2 separation, and membrane technologies as well as a reviewer for several catalysis and environmental science journals. 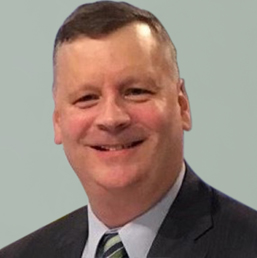 Michael Marr serves as the Director of Government Relations & Compliance for Encina.

From 2012 to 2021, Marr worked for Shell in various roles covering Shell’s US Chemicals assets and Shell’s petrochemical project in Beaver County, PA. For the five years preceding Marr’s employment with Shell, he served as the public affairs lead at the former BP Texas City site, which housed the nation’s third largest oil refinery, an integrated chemical plant, and a power plant.

Marr received a Bachelor of Arts degree from Johns Hopkins University; he is completing a Master of Science degree in Environmental Management at the University of Maryland, Global Campus with graduation anticipated in May 2022. 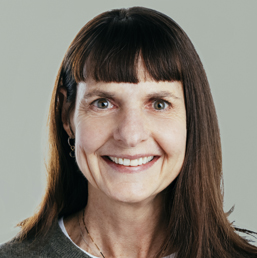 Keri Wofford “s background is in the field of business development and advancing marketing and sales strategies in new and existing markets for private businesses. Keri worked as a Trader for GP  Recycling (a subsidiary of Georgia Pacific). At GP Recycling Keri brokered recycled non fiber materials to domestic and international customers. Previous to joining GP Recycling Keri concentrated her efforts in various positions in the textile industry.

Keri earned a B.A. degree in Management and French from Simmons University in Boston, Massachusetts. She went on to achieve a Master’s degree in Political Management from the State University of New York. 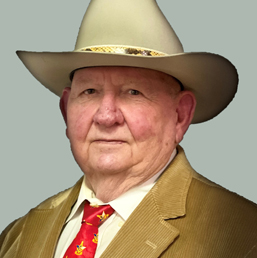 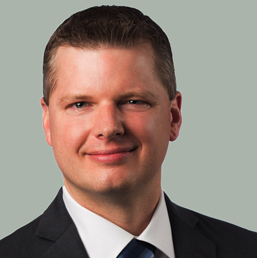 Victor Flansburg brings extensive experience which he has gained during his 20+ years career in the Petrochemical and Refined Product industry. Victor began his career at TPC Group where, over a period of 15 years, he served several roles in various departments including operations, engineering, R&D, and business development. Before leaving, Victor served a critical role in the successful funding, execution, and startup of a $400 MM project to rebuild an Isobutane Dehydro. In 2015, Victor joined a private equity backed company, Next Wave Energy Partners, and helped them achieve funding for a $1 Billion Ethylene to Alkylation project. While there, he provided critical support and leadership in various areas including the design and execution of the commercial feedstock and offtake contracts, site selection, logistic design, and financial modeling. Victor received his BS in Mechanical Engineering from the University of Houston.